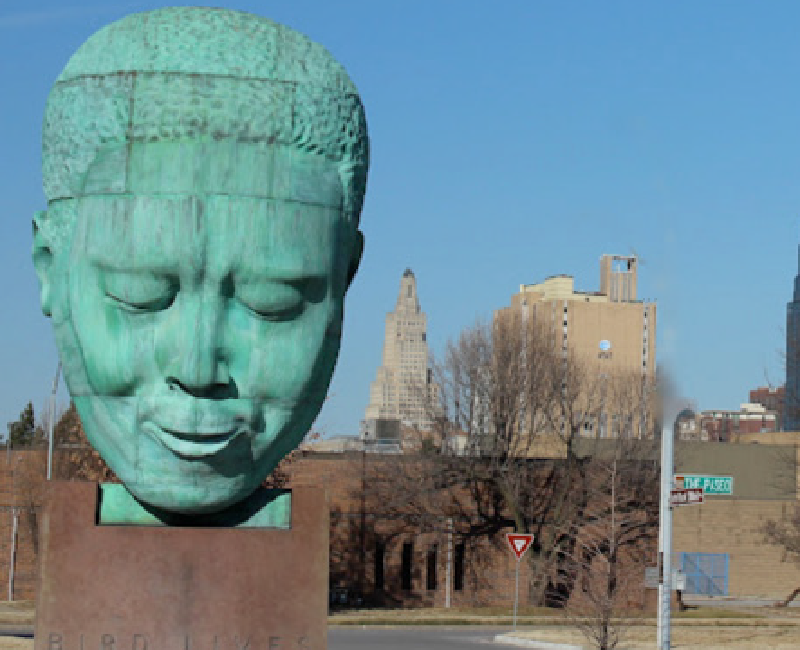 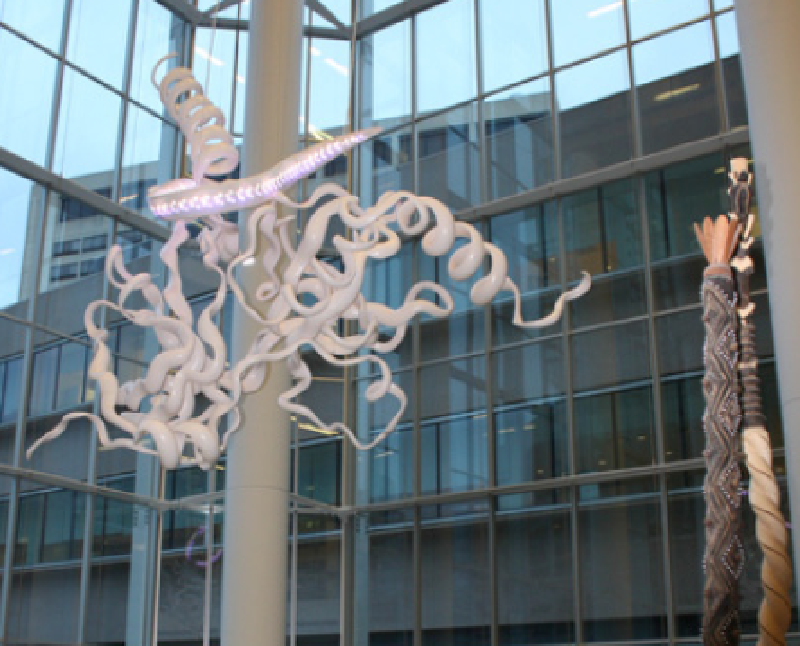 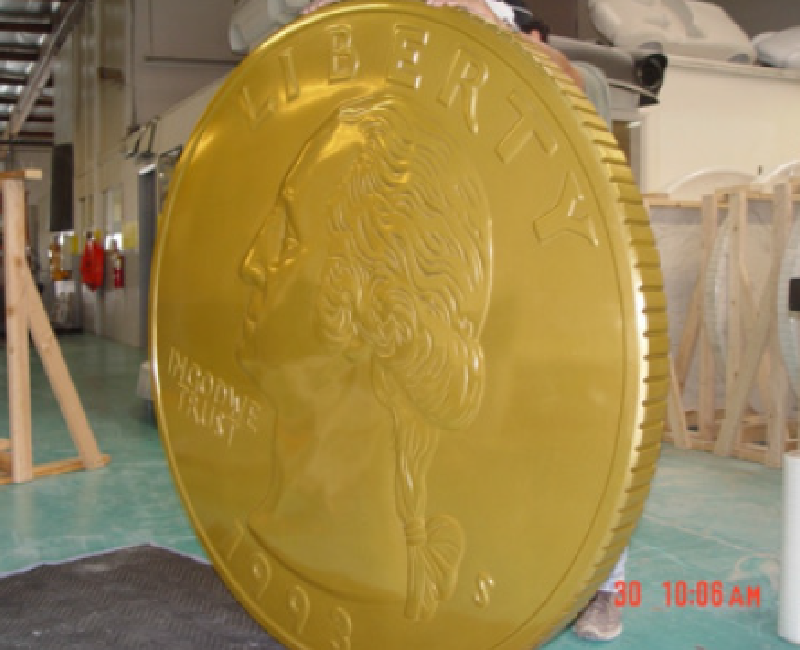 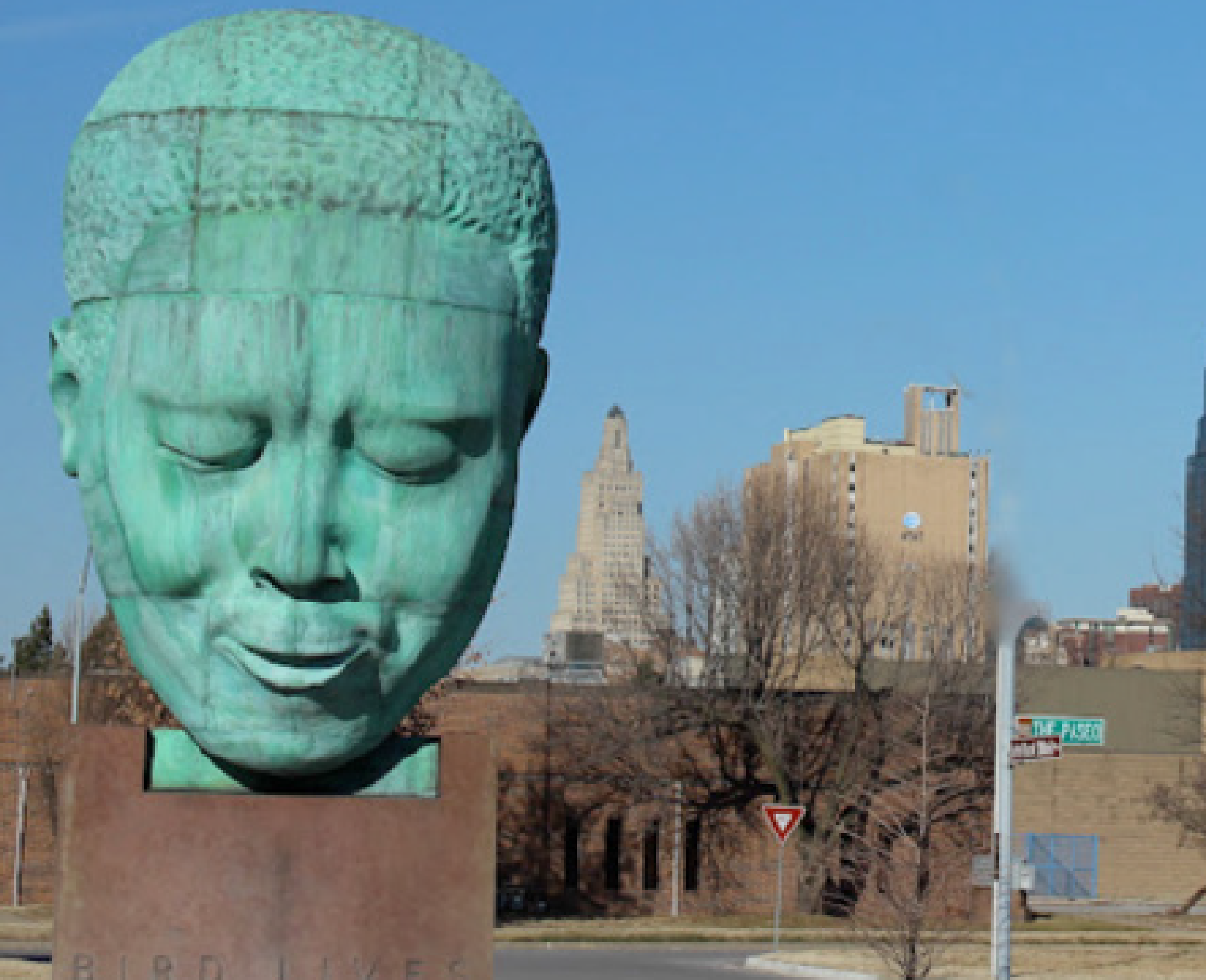 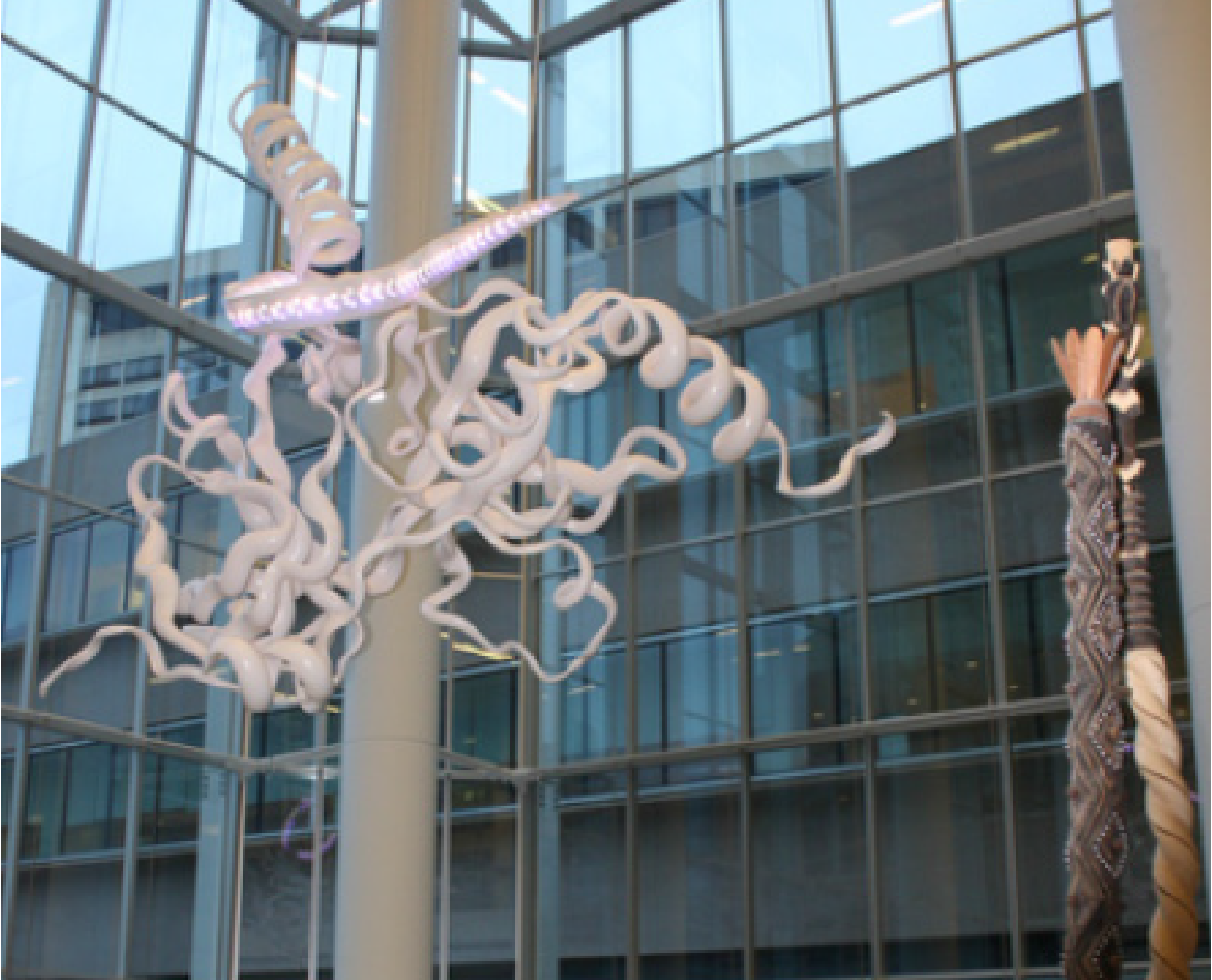 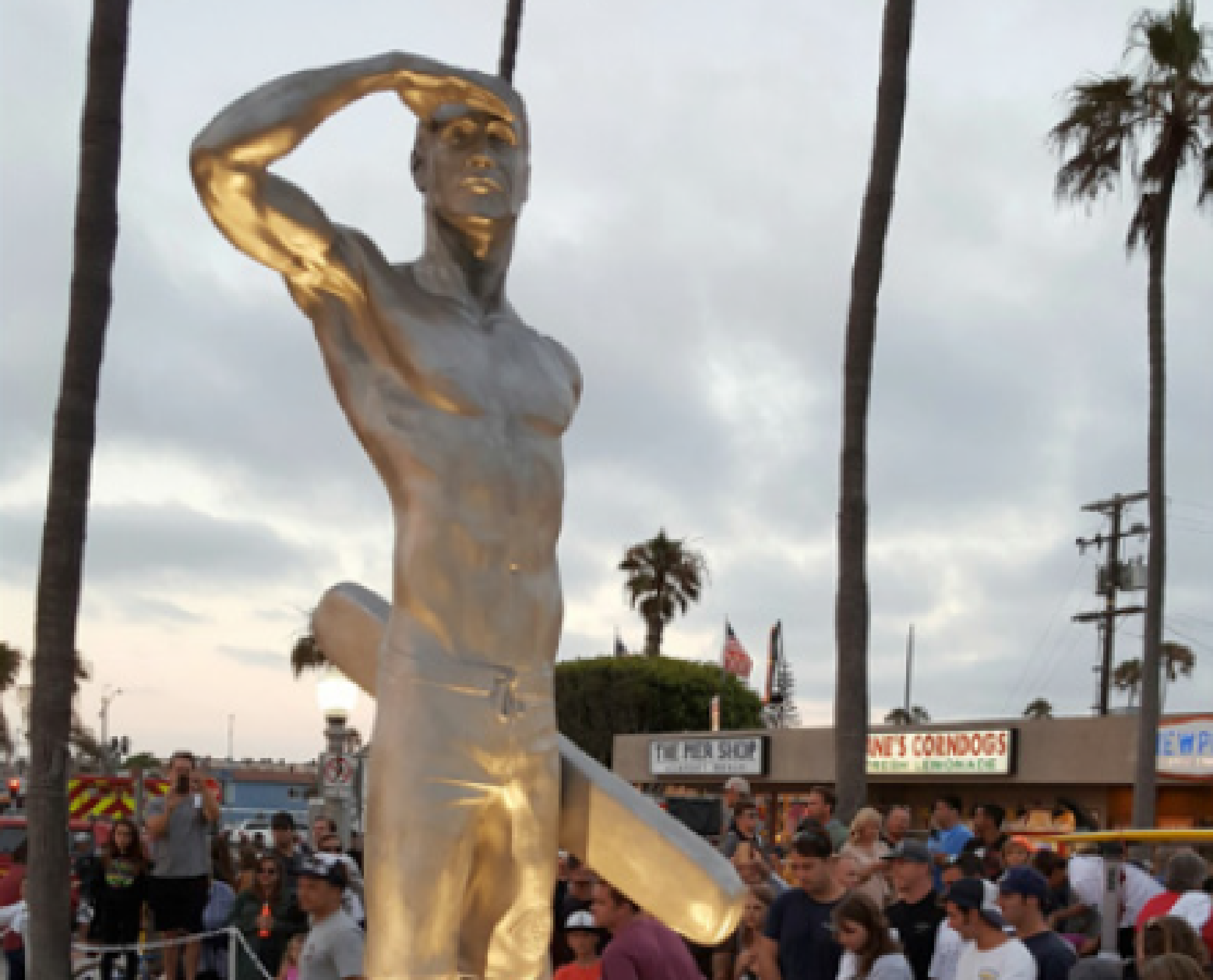 With Surfcam on its side, ADM Works manufactures with imagination to turn complex projects into reality.

There is no limit to what we can do using Surfcam. I always was able to approach any challenges with Surfcam, and I never had to go out of my way to find another piece of software to help me finish what I started.

Breaking the mold is all in a day’s work for Javier Valdivieso, a man adept at combining art and manufacturing to startling — and often breathtaking — effect. As president of Advanced Digital Manufacturing, LLC — doing business as ADM Works —a Santa Ana, California-based business that specializes in making products from which other companies shy way, Valdivieso is always up for a challenge. “We break the mold in that we’re not limited to what we can do,” Valdivieso says from across the table in a conference room adorned with some of his eye-catching creations. “The imagination is the only limit to what we can do.”

Billed as a state-of-the-art technology, engineering, design, development and fabrication company, ADM Works specializes in the complete manufacturing and assembly of concept cars and aircraft, as well as the production of architectural works, fine art pieces, theme-park installations, and much more. A stroll through the ADM Works shop reveals that it smells nothing like coolant, as soft composites, urethanes, foam boards, wood, aluminum and stainless steel are the most common materials used. The shop houses a wide array of one-of-a-kind projects situated in a large hangar-like space that houses several smaller rooms and work areas, each marked with a functional traffic signal that designates level of secrecy. A project with a red light, for instance, is top secret. A room designated for 3D scanning is equipped with multiple cameras to create files for 3D printing — all of which happens on site.

Many of the customers who seek the expertise of Valdivieso and his team had designed complex projects that came to a standstill at the engineering process. As most manufacturers require drawings or solid models of final projects, those without the tools or knowledge of design and engineering are turned away by shops that won’t endeavor to dig in and make these challenging projects happen. “Everyone has access to a computer, but not everyone has access to a way to make the projects, and that’s where we come in,” Valdivieso says. “Most of the shops want a drawing of how they want things to be built. We make our own drawings and sometimes we do engineering on the fly.”

Many times, ADM Works collaborates with the artists to improve upon the existing concept. “Most of the time we end up bending the rules a little bit and going with something new,” Valdivieso says. One such project was a recreation of a monument to Charlie Parker that is permanently on display in Kansas City. The sculpture was cast in bronze in multiple large pieces, but the artist wanted a smaller representation of the monument in 17 aluminum blocks held in place by 137 magnets. Built by ADM Works, the sculpture can be easily disassembled and reassembled, and has since become a traveling monument featured in various museums.

“There’s a thrill in it,” Valdivieso says, of watching his one-of-a-kind projects go from art to not just part, but to bona fide masterpieces. “That’s what drives me every day — the execution. We have a passion for what we do.” That passion materializes into projects such as the Ben Carlson memorial statue, a monument to the Newport Beach, Calif., lifeguard who lost his life after saving a drowning beachgoer. The nine-foot-tall, nearly 800-pound stainless-steel sculpture was manufactured by ADM Works, which turned an artist’s design into reality.

Another project manufactured by ADM Works that no other shop would undertake is featured permanently at the University of Pennsylvania’s Basser Research Center for BRCA. Titled “Homologous Hope,” the sculpture hangs within a glass atrium at the Perelman Center for Advanced Medicine, where doctors can see it every day. The 25-foot long, 500-pound project was built using 275 molds.

“Everything came seamlessly together and, when the doctors saw it for the first time, some of them had tears in their eyes,” Valdivieso says. “It was really satisfying to see how much they appreciated it. Most of what we do is not a simple task and there are a lot of parts involved.” Lockheed Martin, Hyundai, Ford, Tesla, Faraday, and the W Hotel are among the recognizable monikers of companies for which ADM Works has completed projects.”

Recently, Valdivieso and his team completed manufacturing of large, metallic “portals,” art that was used at the 2016 Coahchella music festival. Due to their irregular shapes, the portals were a challenge to both design and manufacture.

A nine-foot-tall pair of slick stiletto high-heeled shoes designed by artist Roark Gourley and manufactured by the company is on display at the Cosmopolitan Hotel, in Las Vegas; a statue designed by artist Robert Graham and machined by ADM Works is now a permanent feature at Our Cathedral of the Lady of the Angels, in Los Angeles; and an enormous statue of Tramp from Disney’s classic Lady and the Tramp, for a Disney hotel, demonstrate the company’s broad range of subject matter. Among other projects are a sculpture for a Veterans Affairs hospital in Palo Alto, Calif., and an 18-foot statue of a man with an illuminated, “beating” heart in his chest in Dallas, Texas. Movie and television fans will recognize work that the company did for Terminator 3, Minority report, X man, Monsters, Inc., and the reimagined Battlestar Gallactica.

While on a walking for a tour of the shop, Valdivieso said that ADM Works has finally started to make big money (literally), and he pointed out me a giant quarter that ADM Works made for an artist from Chicago. “I love anything that’s intricate,” Valdivieso says of what inspired him to take an uncommon route to manufacturing success. Though he’d worked in “regular shops” in the past, he found that he simply loved a challenge too much to continue traveling the beaten path.

To produce its wide range of uncommon, artistic wares, ADM Works uses the Surfcam Traditional computer-aided-manufacturing (CAM) solution by Vero Software. Paired with 4-axis and 5-axis Fadal mills and a large 5-axis router (24 feet by 12 feet by 8 feet) Valdivieso says he can use the software to create anything. He is currently making way for the installation of a massive mill (50 feet by 18 feet by 10 feet) that will help his team machine some of its larger pieces, and is “big enough to machine a sailboat in one shot.” “There is no limit to what we can do using Surfcam,” he says. “I always was able to approach any challenges with Surfcam, and I never had to go out of my way to find another piece of software to help me finish what I started. To me, it’s a piece of software that has helped me through every project I’ve ever done — with no limitations. That, to me, is a great tool to have. When you’re dealing with complex projects, the last thing you want to have is problems with the software.”

Valdivieso has used the solution since 1993, and says that Surfcam Traditional’s ease of use, paired with its ability to consistently and quickly generate accurate NC code, makes it a vital asset to his company. “Surfcam is part of the component that allows us to do what we do,” he says. “The simplicity of the software and the amazing code put out to the machine is what we enjoy most about it. It’s software that is easy to use but creates amazing toolpath.” Valdivieso manages a team of 25 employees, including two programmers adept at taking Surfcam Traditional as far as it will go, and three engineers able to take concepts and bring them to practical life.

“Working at ADM Works is like in a James Bond shop, and every day is unique,” says CNC Programmer, who has used Surfcam Traditional since the early 1990s. “The future is here, and it’s in this place right now. This is the most complicated and creative place I’ve seen.” The CNC programmer says that Surfcam is the best choice to achieve all the type of projects that we built here at ADM Works and its functionality and ease of use. “I love Surfcam,” he says. “There’s a lot of software out there that isn’t as good, or as easy to use.” With surfacing, composites, molds and painting departments, there is just about zero outsourcing — save for the occasional powder coating.

“I’m the type of guy who, once I’ve done something once or twice, I get bored. Here at ADM Works we like to push the envelope,” says Valdivieso, who founded ADM Works in 2003. “I always wanted to prove something: that if you have the right team, you can build anything you want to.” That desire and ability to build anything has made ADM Works one of the rock stars of the manufacturing industry. “One of my aerospace clients said that ADM Works is the biggest trade secret in the industry,” Valdivieso says.

While the company is ideally suited for work in the entertainment industry due its Orange County location, it has met success in many fields and all of its projects share a common feature: beauty. “You have to really love what you do, and the people who work here really want to be a part of this industry.”